You have no Recently Viewed or Saved Vehicles.
Click here to begin your search.

You have no Recently Viewed or Saved Vehicles.
Click here to begin your search.

It has leaked! Is it real? Who knows? 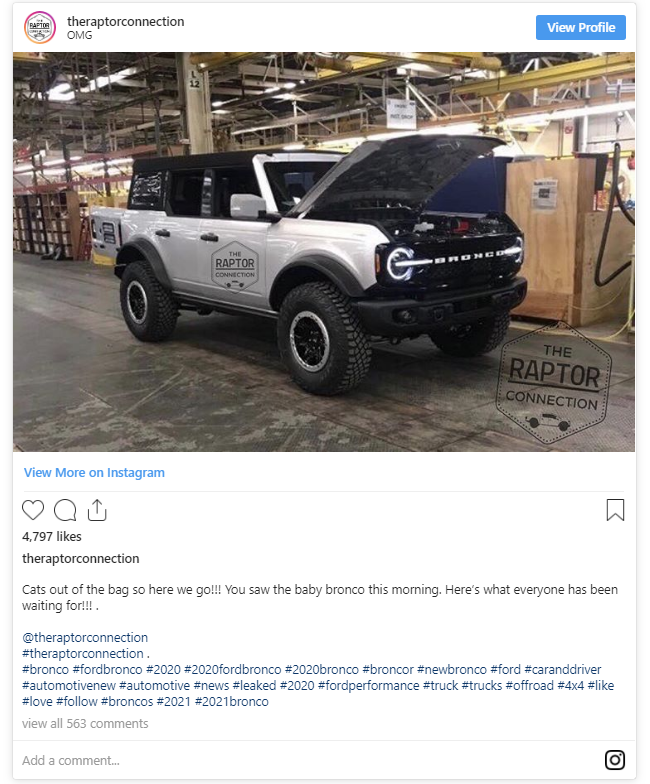 We’ve been anticipating the return of the ICONIC Classic Ford Bronco for quite some time now. As the official unveiling date has inched closer (late March/April), we knew that the buzz around it would be louder than a beehive. With the pictures that leaked from the GT500 Mustang, we didn’t have high hopes for a leaked picture of the 2020 Ford Bronco, but it’s happened again!

First leaked on Instagram by theraptorconnection, you can clearly tell that this picture was taken in a production warehouse. (Unless someone really set up the picture).

If you’ve seen all the renderings and mock-up pictures of the Ford Bronco then you know that this leaked photo isn’t too far off.

As for the engine, we’re expecting a turbocharged 2.3-liter four-cylinder, with the twin-turbo 2.7-liter V-6 as a strong upgrade for those seeking more power. BUT its FORD, and FORD pushes performance so we should expect a larger engine for the future, maybe even, dare I say, a FORD BRONCO RAPTOR?!

As for the colors, yea, that’s been leaked too. 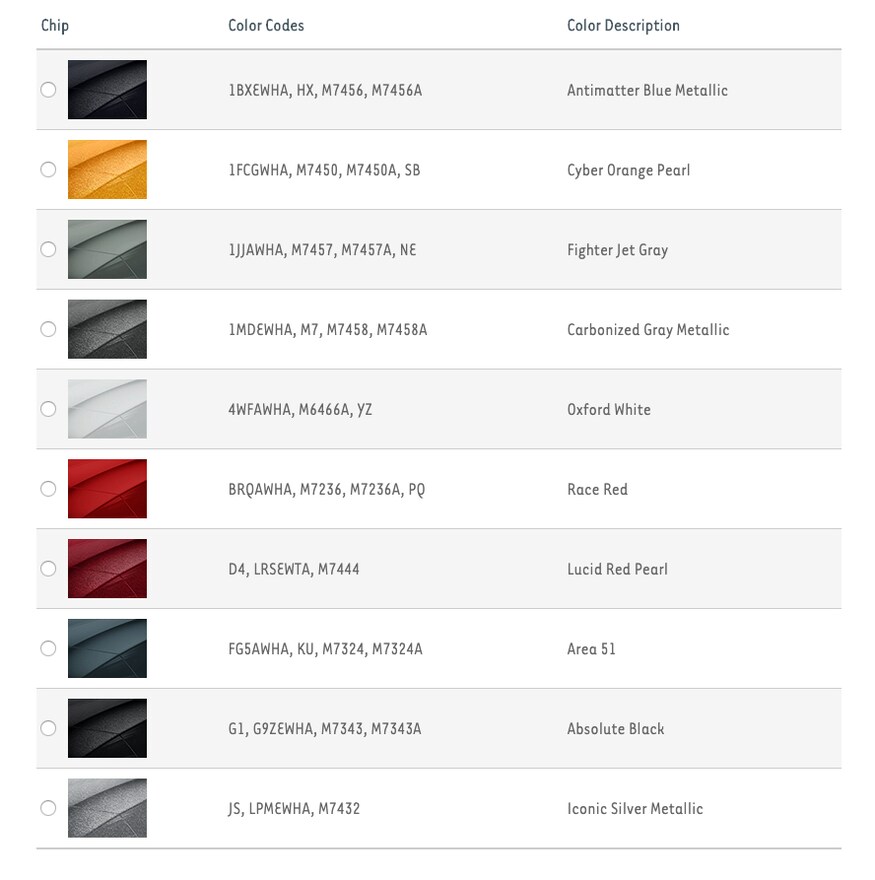 Starting at around $30,000, the Ford Bronco will definitely give Jeep some needed competition when it comes to crossovers. Rumor was Ford was to unveil the Bronco sometime this month and the Bronco Sport (Baby Bronco) at the New York Auto Show. But with the Conavirus taking foot, we also heard the New York Auto Show might be postponed too. We don’t know where it will be unveiled, we just know its taking too long!